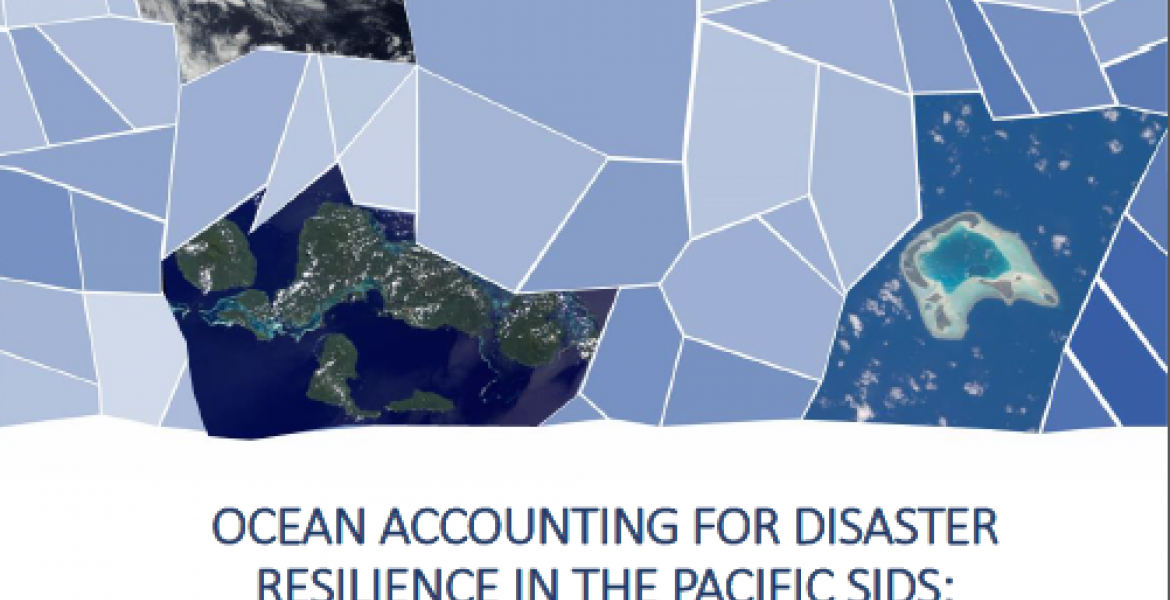 Ocean Accounting for Disaster Resilience in the Pacific Sids: A brief note for policymakers

Small island developing States (SIDS) in the Pacific continue to be hit by multiple disasters that can arrive in quick succession – often with cascading impacts that transcend national boundaries. In February 2018, cyclone Gita, for example battered many small islands developing States in the South Pacific and as well as large parts of Tonga, affecting more than 80 per cent of the country’s population. Between 2000 and 2016, disasters in the Pacific caused over 2,300 fatalities and affected more than 5.5 million people. This report views the impact of disasters on SIDS and maps out the impact on a cluster of Sustainable Development Goals (SDGs). It uses post-disaster needs assessments, and sector-specific estimates to quantify disaster impacts on the range of goals and targets of the SDGs for the Pacific SIDS. While the Pacific SIDS are heavily reliant on ocean resources, most of the disasters that affect the Pacific SIDS are oceanogenic, such as tsunamis, storm surges, cyclones and floods. Even droughts, to which SIDS are becoming increasingly vulnerable is partly oceanogenic in origin. To build disaster resilient SIDS in the Pacific, there is a need to connect the dots - science, geospatial data, statistics, and policy interfaces. The SDG 14 on life below water provides ecosystem approaches to conserve and sustainably use the oceans, seas and marine resources. Ocean accounts need to be developed to assess these resources and better guide decision and policy making to protect ocean resources and services for future generations. The report, while analyzing the ecosystem accounting framework, presents its linkages with other SDG targets. Further, it introduces the System of Environmental Economic Accounting (SEEA) based Experimental Ecosystem Accounting (EEA) to deepen the knowledge and quantify the risk of oceanogenic disasters in Pacific SIDS. New technologies and methodologies are now available which may support the development of robust and reliable ocean accounts. Geospatial information and services, in particular, can cost- and time-effectively deepen the quantification of disaster risk. Linking these to international frameworks, such as the SDGs and the Sendai Framework, will help to build the resilience of marine ecosystems and the social and economic development of Pacific SIDS.

The note can be downloaded here