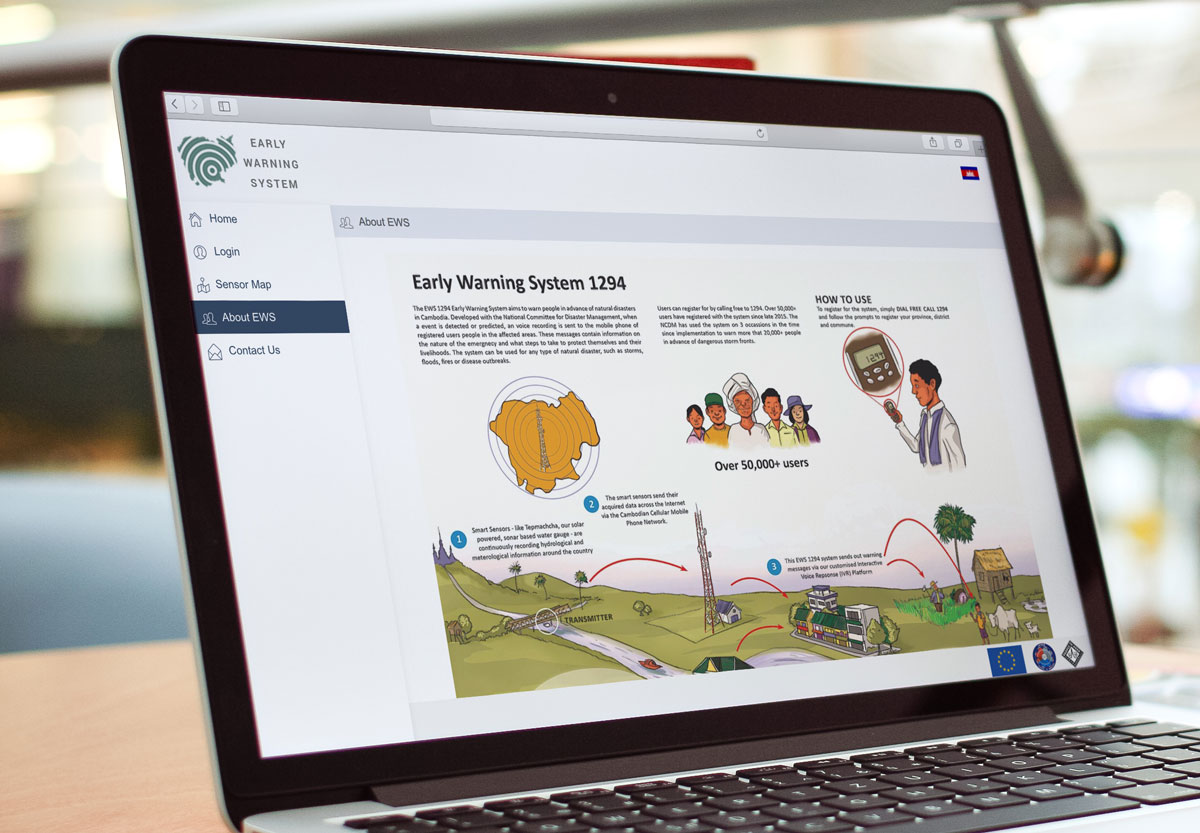 This Tool from Cambodia utilizes ICT for society's resilience and is associated with the keywords: Enhancing CoordinationEnhancing Risk Monitoring & WarningUtilizing ICT for PreparednessEnhancing Communication and Coordination

The EWS 1294 early warning message dissemination dashboard has been developed by People in Need for the National Committee for Disaster Management (NCDM) of Cambodia. The system provides NCDM with the ability to send voice based alerts in the event of a natural disaster in Cambodia.

Hence, through the EWS 1294 system warning messages are directly directly to the mobile phones of people at risk. First piloted in 2013, the system has now expanded to cover more than 200,000 households in seven provinces, including many of the most vulnerable areas of Cambodia. People in Cambodia can simply register for the system by dialing the free call 1294 and follow the promts to register province, district and commune.

After all, early warnings allow people to prepare themselves, their families, and their livelihoods for the oncoming danger. This could mean evacuation to the nearest safe site, or staying in their homes and securing their most important possessions; the extra time to prepare can often mean the difference between life and death.

The device uses ultrasonic sound waves to measure the height of the water and sends this captured data over the mobile phone network back to a centralised web application. If a dangerous ‘warning’ level of water is detected, the system automatically sends out a mobile alert message via People in Need’s Early Warning System.