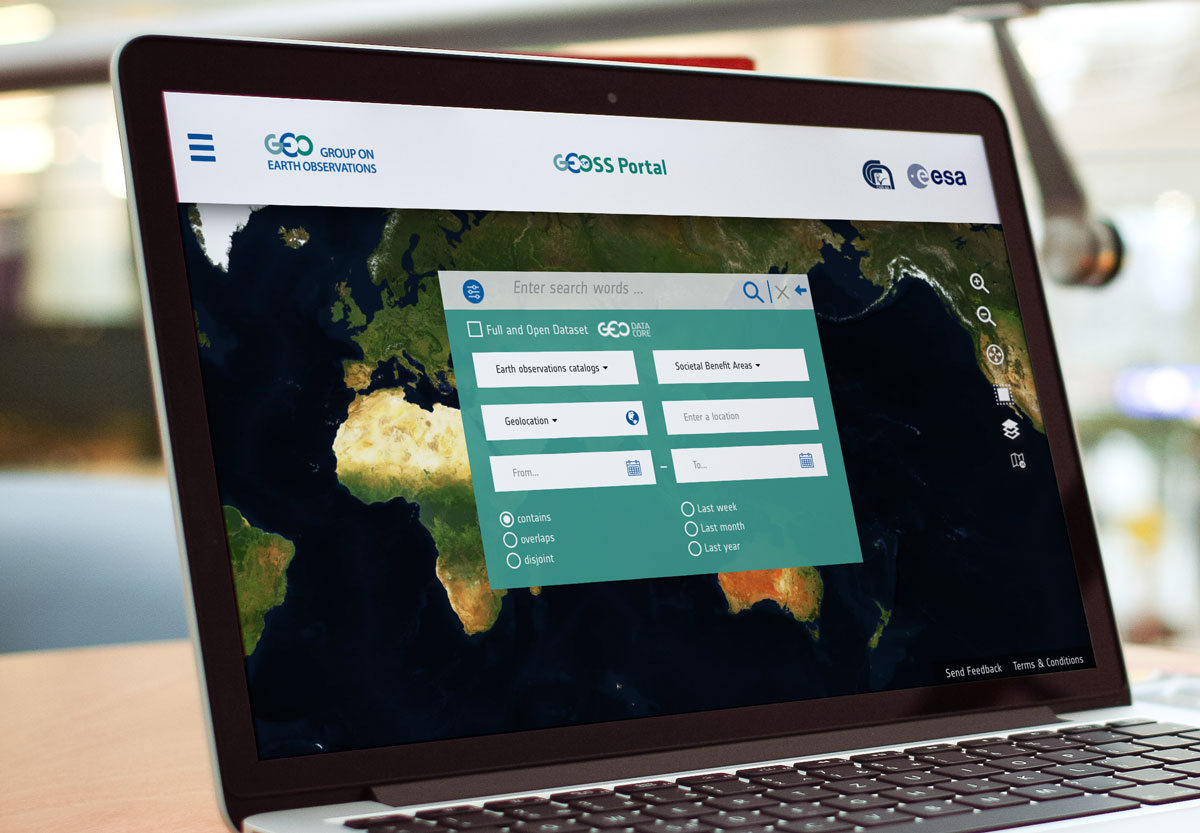 This Tool utilizes ICT for its own resilienceICT for society's resilience and is associated with the keywords: Avoiding Creation of New RisksReducing VulnerabilityUtilizing ICT for Risk AssessmentsUtilizing ICT to enable better AnalysisUtilizing ICT for Development PlanningEstablishing and utilizing Risk DatabasesUtilizing GIS, RS, ST for DRREnhancing Risk Monitoring & WarningUtilizing ICT for PreparednessEnhancing Future Investments

Global Earth Observation System of Systems (GEOSS) is a set of coordinated, independent Earth observation, information and processing systems that interact and provide access to diverse information for a broad range of users in both public and private sectors.

GEOSS is initiated to provide a global forum to monitor Earth system, which will strengthen disaster related data analysis and further help decision making. One of the main focuses for GEOSS is to provide access to diverse information using its Common Infrastructure (GCI), which is established through linking together existing and planned observing systems globally.

Its shared environmental data and information are collected from observing systems contributed by countries and organizations within GEO. The design of GEOSS enables its users have a single Internet access point to seek data and other useful information that are imperative for decision making, planning and etc.

The GEOSS Portal contains earth observatory data archives from all over the world and is operated by the European Space Agency.

GEOSS also offers the GEONETCast network of telecommunication satellites for users with limited or no access to the Internet. GEONETCast is a global network of sustained and cost-effective satellite-based dissemination systems. It is based on collaboration between China (CMA), EUMETSAT and the US (NOAA). Its architecture is open and can accommodate other partners.