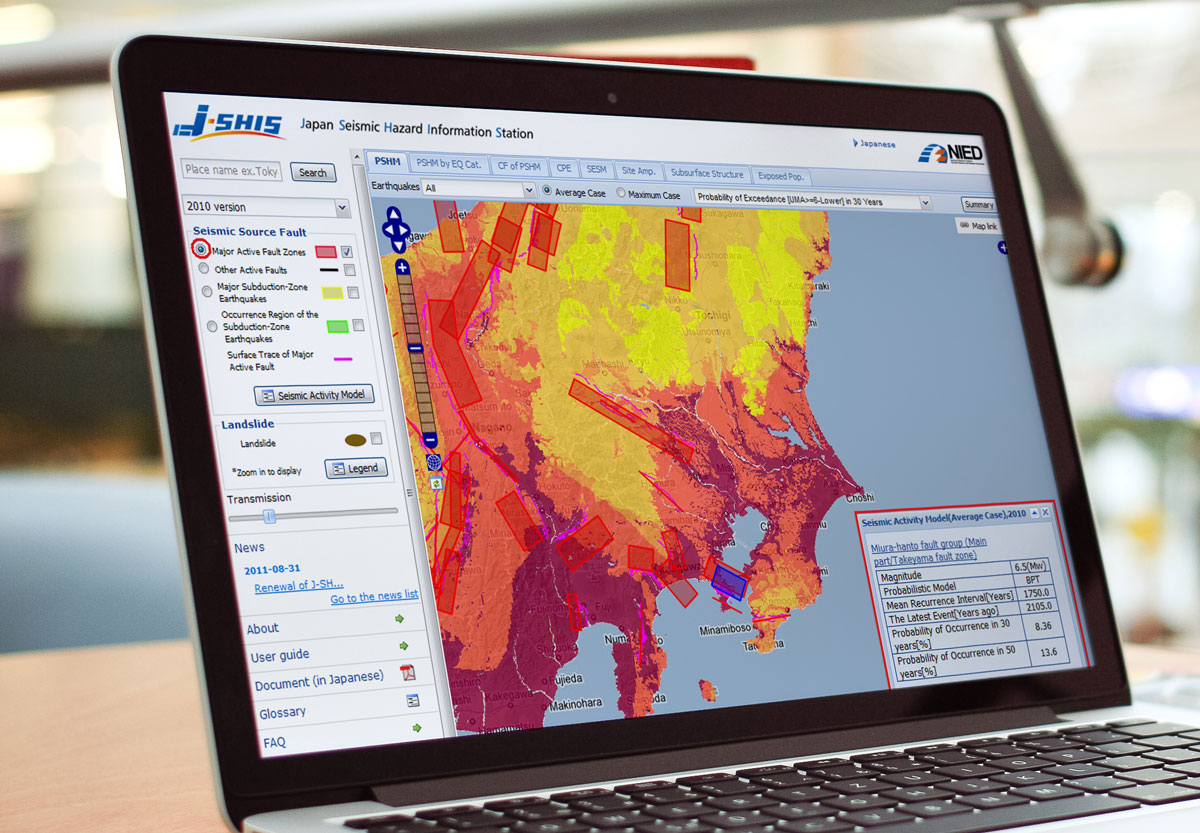 This Tool from Japan utilizes ICT for its own resilienceICT for society's resilience and is associated with the keywords: Avoiding Creation of New RisksReducing VulnerabilityReducing ExposureUtilizing ICT for Development PlanningUtilizing GIS, RS, ST for DRRUtilizing ICT for Assessment and Emergency Decision Making

J-SHIS was established to help prevent and prepare for earthquake disaster by providing a public portal for seismic hazard information across Japan. The offered maps contain a lot of information including the data required for mapping such as seismic activity models, seismic source fault models, subsurface structure models, and other models.

The National Seismic Hazard Maps for Japan is prepared by a governmental organization, the Headquarters for Earthquake Research Promotion (HERP) to estimate strong motions caused by earthquakes that could occur in Japan in the future and show the estimated results on the maps.