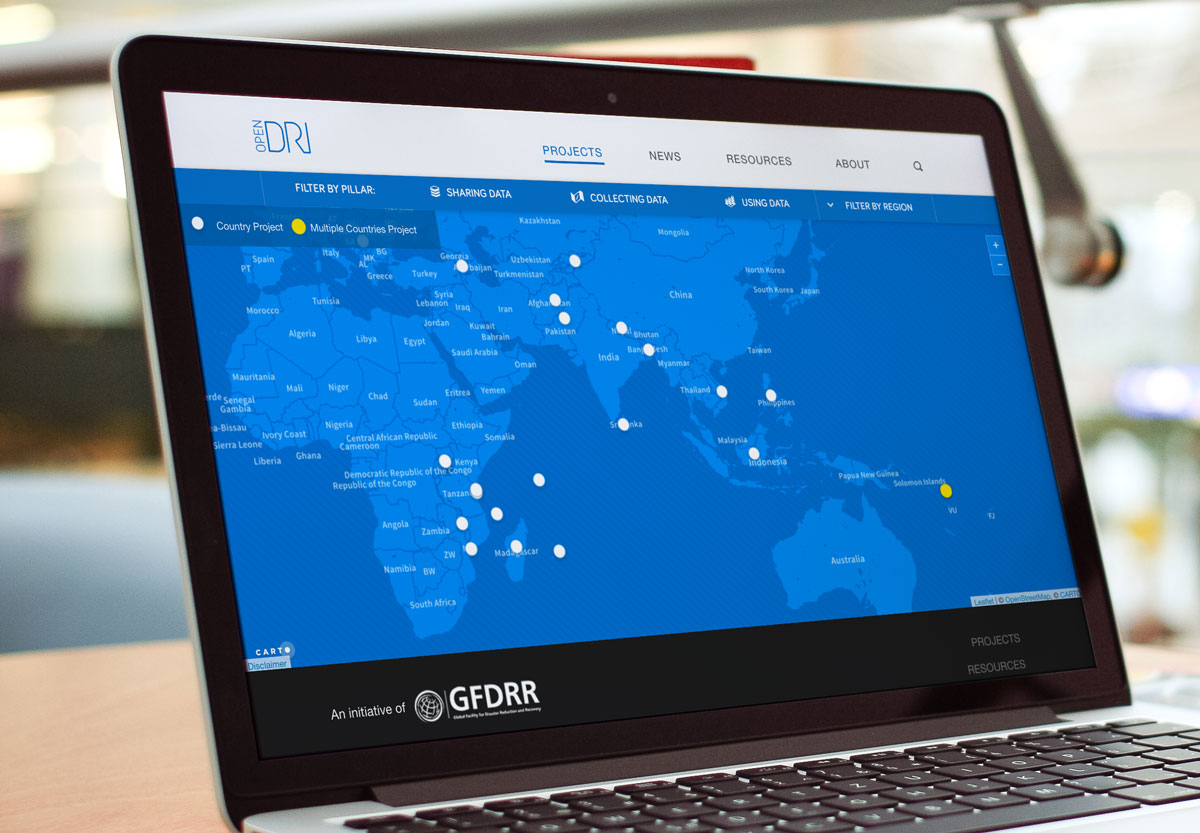 OpenDRI runs projects based on the need of the client country. For instance, the Indonesia mapping project uses OpenStreetMap to collect data and calculate likely damage in case of a physical disaster. This helps the government to develop actionable plans. Learn more about InaSAFE here.

Similarly, taking into account that Bangladesh is highly vulnerable to natural hazards, including floods, cyclones and earthquakes, OpenDRI efforts in Bangladesh have led to the mapping of 8,500 buildings, of which 540 have historical significance, and 93 km of roads and drainage works through various efforts, including GeoDASH Bangladesh.

Also, the Open Data for Resilience Initiative assisted in Typhoon Yolanda relief in the Philippines by establishing a repository of data on damage assessments.