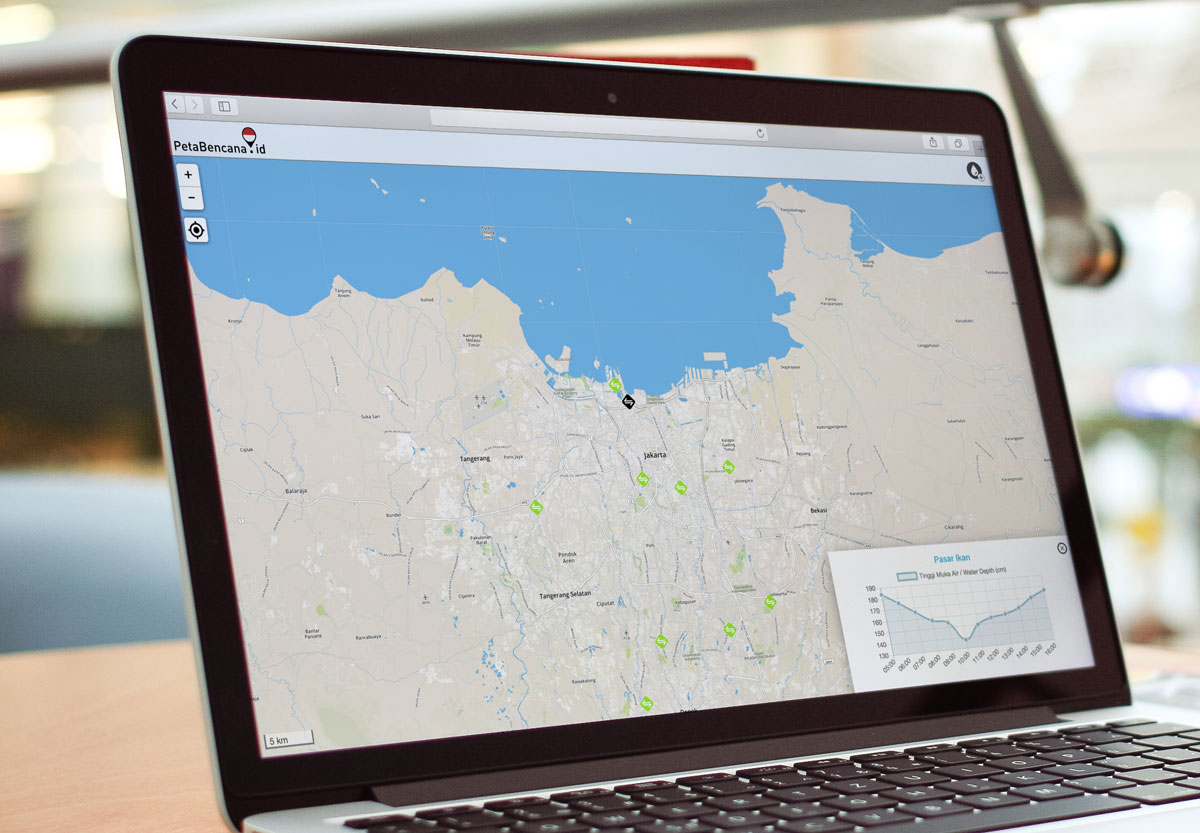 This Tool from Indonesia utilizes ICT for society's resilience and is associated with the keywords: Utilizing ICT for PreparednessEnhancing Communication and Coordination

PetaBencana.id is a project initiated by the Urban Risk Lab at MIT as a free platform for emergency response and disaster management in Indonesia. It is a tool that combines data from hydraulic sensors with citizen reports over social media and civic applications, including via Twitter, to produce real-time flood maps in Jakarta and other cities in Indonesia, including Surabaya and Bandung.

The platform adopts a “people are the best sensors” paradigm, where confirmed reports are collected directly from the users at street level in a manner that removes expensive and time-consuming data processing. This framework creates accurate, real-time data which is immediately made available for users and first responders.

In 2016, the project’s Twitter feed for Jakarta (@PetaJkt) had more than 50,000 followers and received nearly 10,000 tweets providing flood information to the platform, underlining the significant involvement of Jakarta citizens, according to a case study.