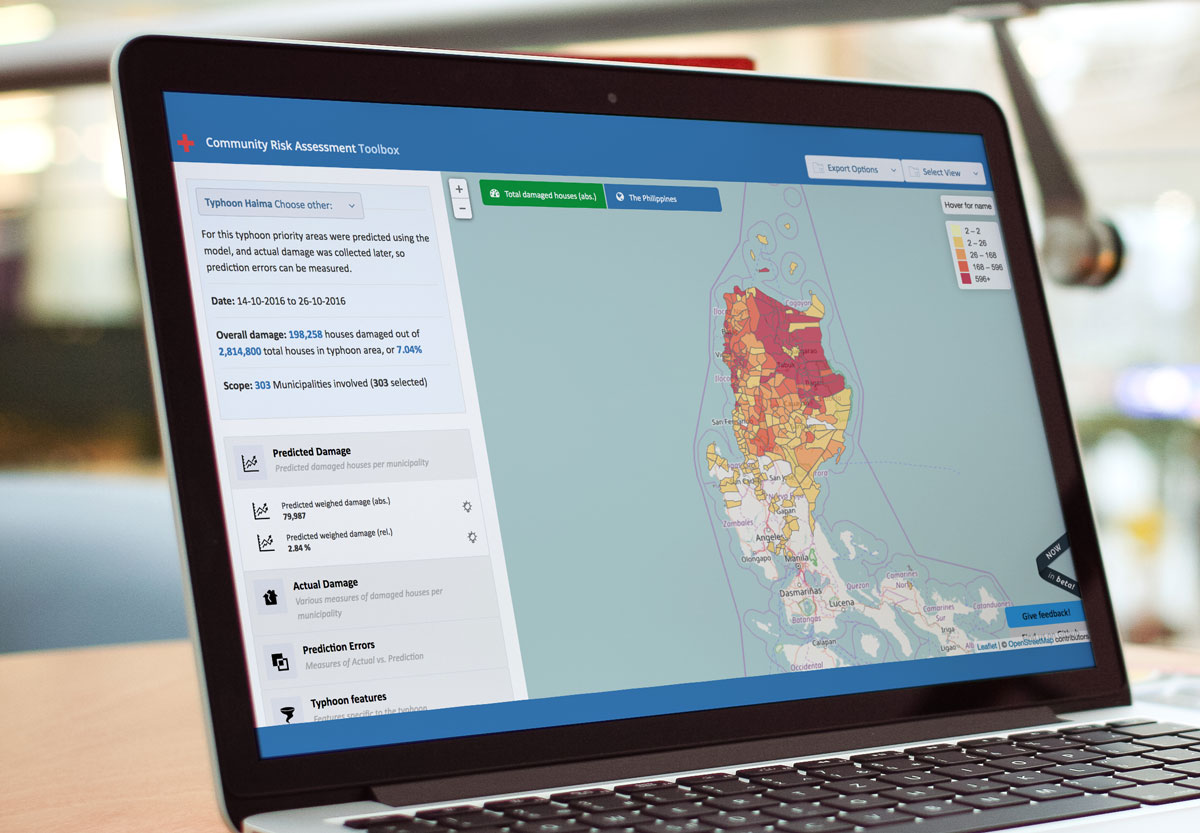 When a natural disaster strikes, it is critical to relieve those individuals suffering. However, it may not be able to reach all people in need at the same time and a prioritization has to be made. To address this, the Community Risk Assessment and Prioritization portal offers a data-driven overview of areas most in need.

The portal, developed by the Netherlands Red Cross, currently consists of community risk assessments for the Philippines, as well as a prioritization index model with regard to typhoons for the Philippines. To construct the latter, pre-disaster indicators from the community risk assessment are combined with post-disaster data on rainfall and wind speed to predict the geographical spread of damage, and thus the prioritization of disaster relief.

This data-driven model has already been applied for typhoons in the Philippines in 2016, including Haima (October 2016) and Nock-Ten (December 2016). The Netherlands Red Cross has plans to include floods, earthquakes and other disasters in the near future, including for other countries such as Nepal.