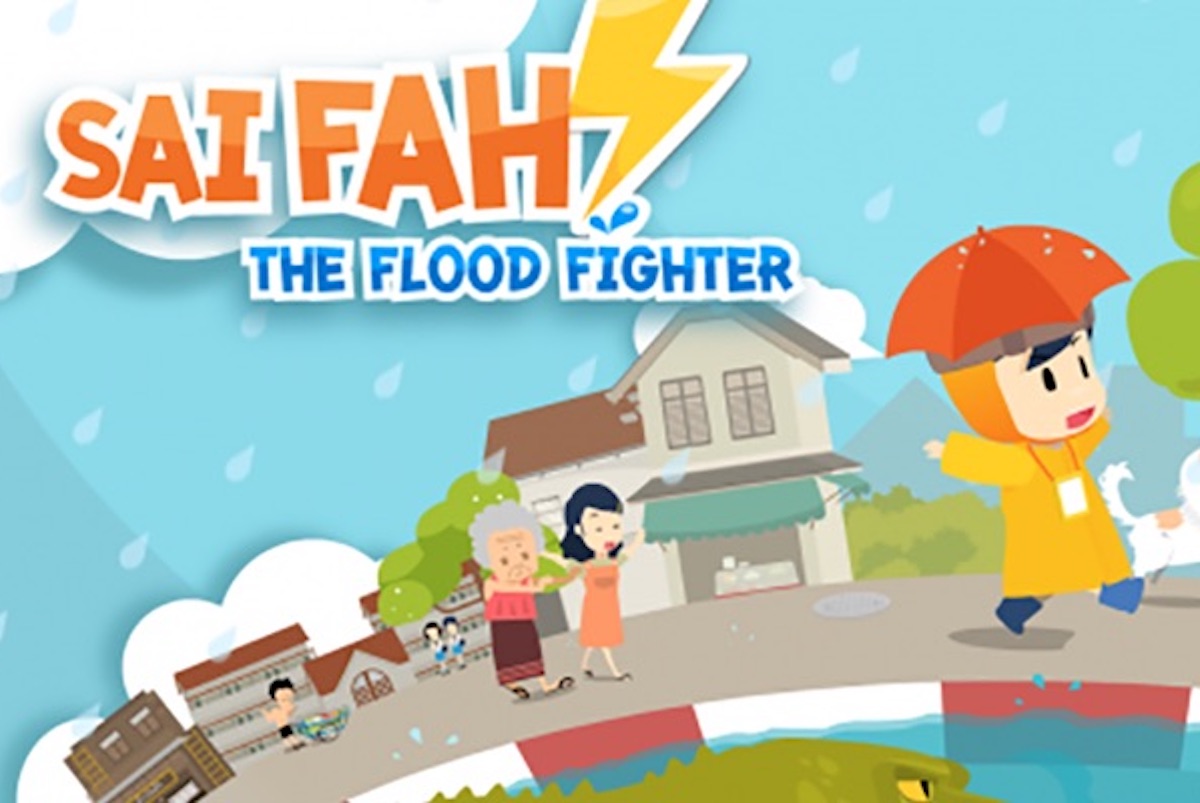 This Tool utilizes ICT for society's resilience and is associated with the keywords: Fostering Knowledge & InnovationEnhancing Communication and Coordination

Sai Fah: The Flood Fighter is a mobile application that challenges players of all ages, but particularly children, to learn how to protect themselves and those around them from floods. Players learn flood safety lessons as they encounter flood hazards, from live electrical current to dangerous wildlife.

Sai Fah: The Flood Fighter, the first mobile application developed by UNESCO Bangkok and Opendream, was built to raise awareness around flood safety issues following the 2011 deluge in Thailand. Sai Fah has been downloaded by nearly 100,000 users in 140 countries in 4 languages: Thai, English, French and Bahasa Indonesian.

The mobile application is available for download on both iOS and Android operating systems and is free of charge. UNESCO Bangkok has also developed a similar application in the context of earthquakes and tsunamis.