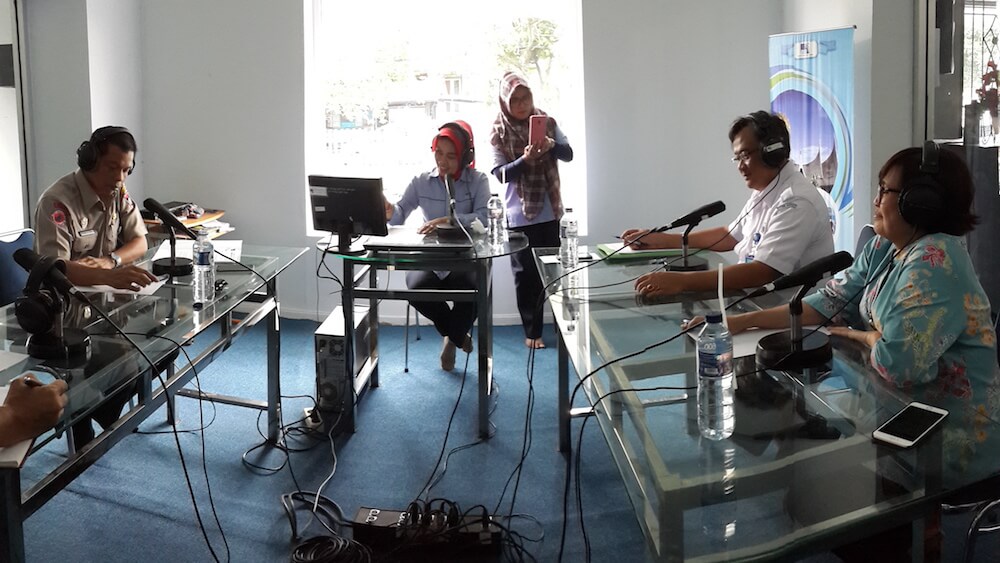 Submitted by ESCAP on 6 September 2016

Total local media engagement is one of the strategic steps taken by local authorities and stakeholder in Padang City for the 2016 Indian Ocean Wave Exercise (IOWave16) preparation and enhancement of general public tsunami preparedness awareness.

Mayor of Padang City, Mr.  Mahyledi Ansharullah, during press conference on 1 September 2016 stated that the ultimate responsibility for public safety against disaster lies in local government's shoulder. Thus, Mayor Mahyeldi fully supported IOWave16 and other initiatives supporting enhancement of tsunami warning system. One of the initiative carried out by Bandung Institute of Technology (ITB)'s PEER science research. On both, Mayor Mahyeldi stated that IOWave16 is "a good venue to test the upstream and down stream, hardware and software of the city early warning system procedure, and can be used to revise current Mayor Regulation 14/2010"

On the other hand, Chief of BPBD Padang city (local DMO), Mr Rudy Rinaldy; Chief of BMKG of Padang Panjang (regional office of BMKG, Mr Rahmat Triyono; and Chair of Working Group I of ICG/IOTWSM & ITB's PEER Science research team, Dr. Harkunti Rahayu, also strongly continuously speak before the public via Radio Republic of Indonesia (RRI) and Television Republic of Indonesia in West Sumatra Region (TVRI Sumbar) on 6 September 2016 regarding the IOWave 16 and update on tsunami early warning system. The newly appointed Chief Rinaldy emphasize that his new formation in BPBD is seriously taking the IOWave exercise and would like to connect the eventual lessons learned with a proposal on tsunami safe zone delineation, aims to reduce the traffic of people during evacuation process. From the upstream side, Chief Triyono refresh the knowledge of the public regarding the product of BMKG on tsunami early warning system and that with its current technological capabilities the agency is capable of advising general public whether evacuation need to be released following an earthquake. While on the down stream side, Dr. Rahayu again stresses the research finding on the importance of local-community "intermediary organization" to be formally included in the tsunami early warning and evacuation order dissemination chain.

All of the key-persons in the preparation of IOWave16 in Padang agree that it is important to recognize the network link between local government agencies, non-government organizations, community groups like those in schools and mosque as well as local media in the formal early warning system chain. Some local media companies in Padang city have been proven to be instrumental in disseminating warning and emergency response information in past disasters. To this end, local media engagement in Padang can be further enhance not only during IOWave16, but also beyond and integral in disaster management and early warning system in Padang city.