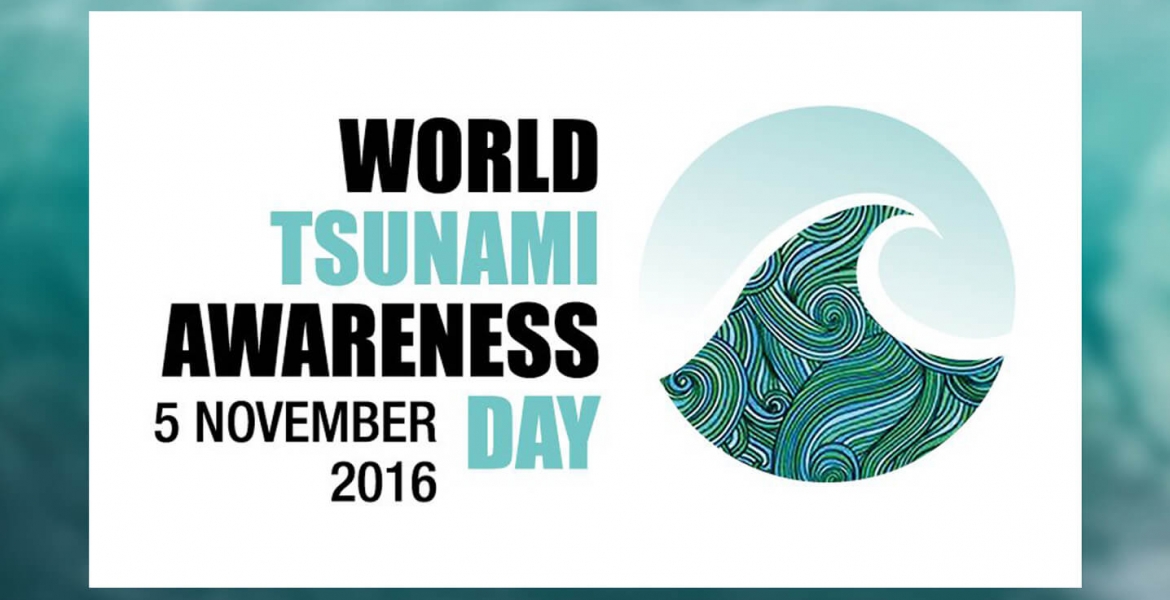 Tsunamis are rare, but they can be extremely deadly. In the past 100 years, more than 260,000 people have perished in 58 separate tsunamis. At an average of 4,600 deaths per disaster, the toll has surpassed any other natural hazard. Tsunamis know no borders, making international cooperation key for deeper political and public understanding of risk reduction measures.

As a result, the UN General Assembly has designed 5 November as World Tsunami Awareness Day and called on the world to mark it. Each edition of the annual day will be thematic: the focus in 2016 is effective education and evacuation drills.

The date of 5 November was chosen in honour of a true story from Japan: “Inamura-no-hi”, which means the “burning of the rice sheaves”. During an 1854 earthquake, a farmer saw the tide receding, a sign of a looming tsunami. He set fire to his harvested rice to warn villagers, who fled to high ground. In the aftermath, he helped his community build back better to withstand future shocks, constructing an embankment and planting trees as a tsunami buffer.