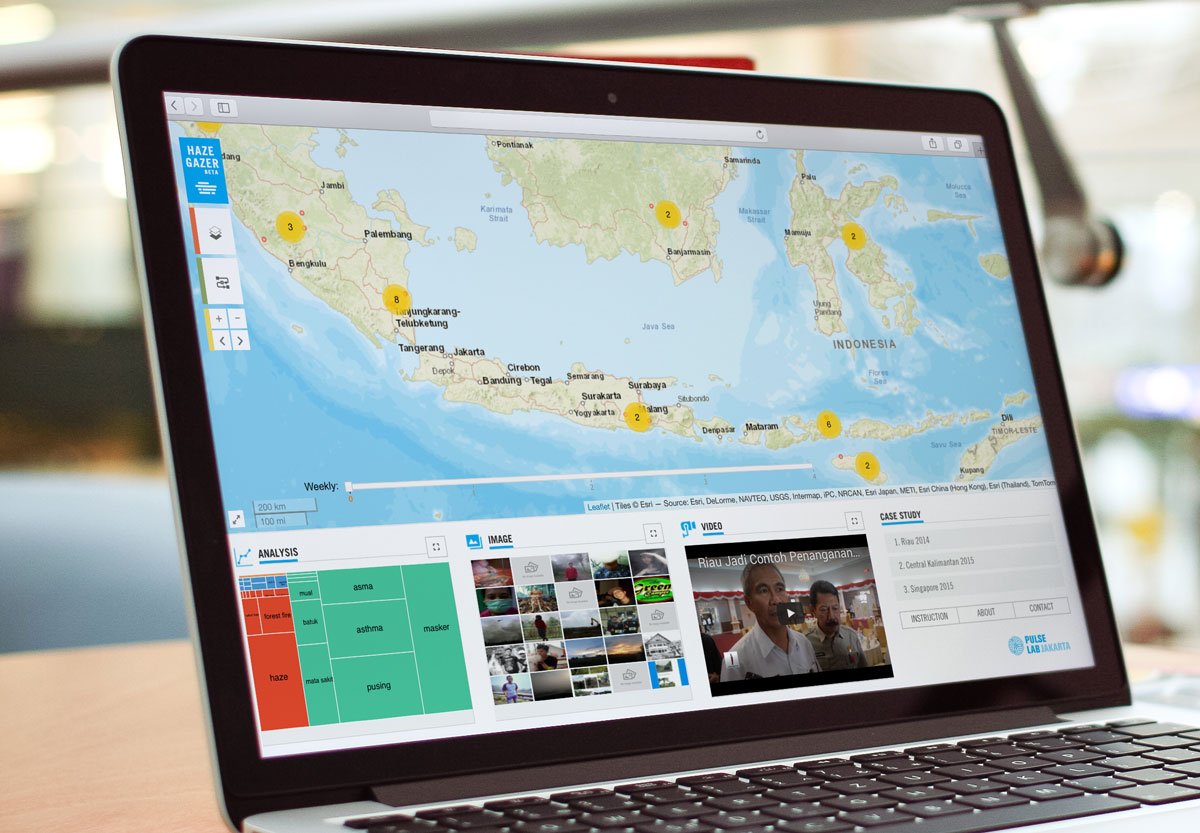 This Tool from Indonesia utilizes ICT for society's resilience and is associated with the keywords: Establishing and utilizing Risk DatabasesUtilizing GIS, RS, ST for DRREnhancing CoordinationEnhancing Risk Monitoring & Warning

The forest and peatland fires, which occur on an annual basis in Indonesia, affect the entire South-East Asia region resulting in extensive environmental destruction and threatening livelihoods. To better support affected populations, the Government of Indonesia is looking for more timely and effective means of tracking and managing the impact of fire and haze events.

In response, Pulse Lab Jakarta has developed Haze Gazer, a crisis analysis and visualisation tool that provides real-time situational information from various data sources to enhance disaster management efforts. The prototype enhances disaster management efforts by providing real-time insights on the locations of fire and haze hotspots; the strength of haze in population centres; the locations of the most vulnerable cohorts of the population; and most importantly, the response strategies of affected populations, including movement patterns and in-situ behavioural changes.

Haze Gazer uses advanced data analytics and data science to mine open data, such as fire hotspot information from satellites and baseline information on population density and distribution, as well as citizen-generated data, including the national complaint system in Indonesia called LAPOR!, citizen journalism video uploads to an online news channel, and real-time big data such as text-, image- and video-oriented social media.

The tool is currently being tested with and improved based on feedback from disaster management practitioners. Haze Gazer has the potential to enable Indonesia’s local (BPBD) and national (BNPB) disaster management authorities to target their interventions and to align their efforts with those of affected populations to increase community resilience.