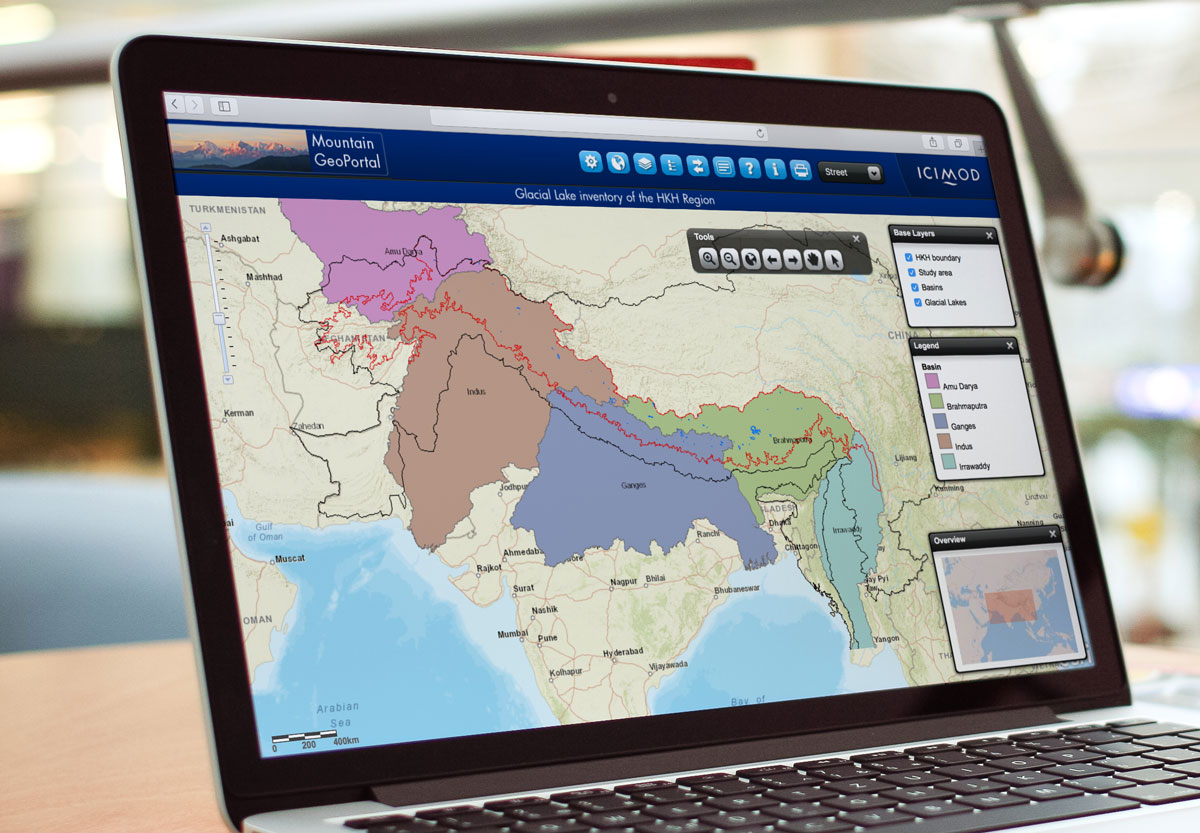 This Tool from AfghanistanBangladeshBhutanChinaIndiaMongoliaMyanmarNepalPakistan utilizes ICT for its own resilience and is associated with the keywords: Avoiding Creation of New RisksAvoiding Exacerbation of Existing RisksUtilizing ICT to enable better AnalysisUtilizing ICT for Development PlanningEstablishing and utilizing Risk Databases

The Hindu Kush-Himalayas (HKH), extending from the Hindu Kush of Afghanistan and Pakistan in the northwest to the Hengduan Mountains in southwest China in the east, is one of the most heavily glacierized areas in the world.

Besides being a significant natural resource, glacial lakes could possibly be sources of natural disasters generating massive floods and debris flows causing extensive damages downstream such as loss of lives, livelihoods and infrastructures. There are many examples of such incidences in the HKH region when loss of lives and properties had occurred due to glacial lakes outburst floods (GLOFs) caused by breaching of moraine dams damming the lakes.

Against this backdrop, the International Centre for Integrated Mountain Development (ICIMOD) undertook Glacial Lake Inventory of the HKH Region using satellite images. Lakes were mapped covering five major river basins of the HKH region namely Amu Darya, Brahmaputra, Ganges, Indus, and Irrawaddy and numbered those lakes accordingly. In summary, there are 20,482 glacial lakes mapped during the inventory preparation which covered an area of about 4,320 sq. km in the region.