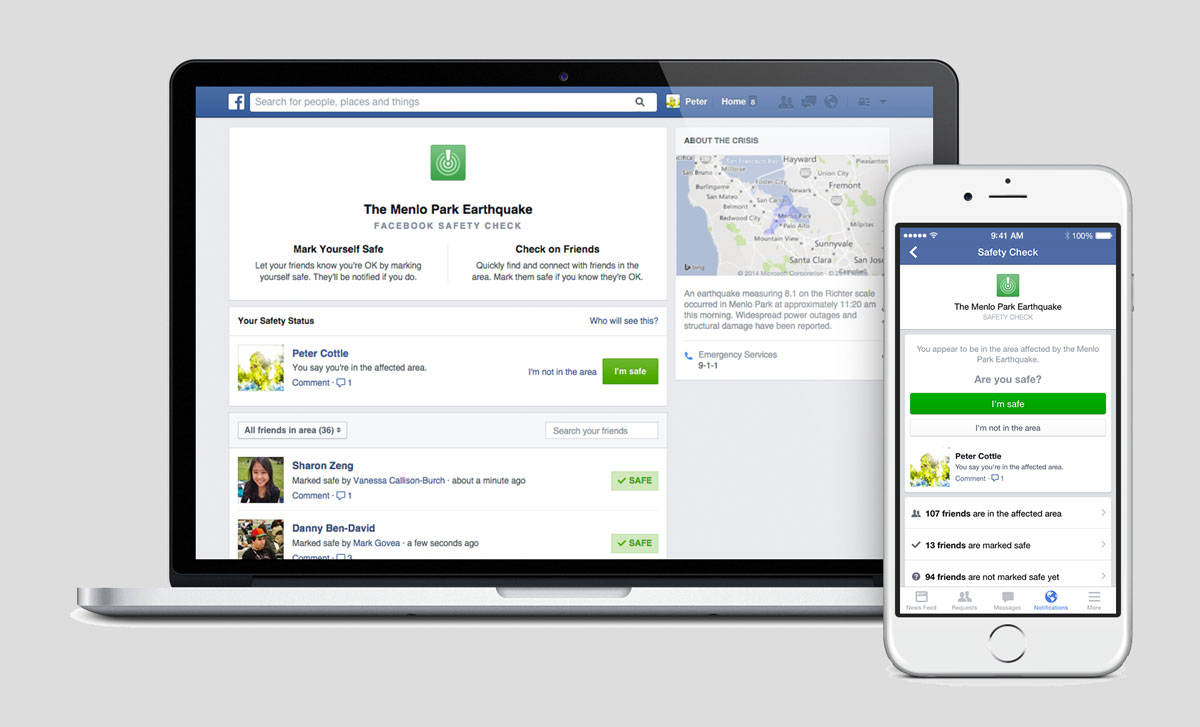 This Tool utilizes ICT for society's resilience and is associated with the keywords: Establishing and utilizing Risk DatabasesEnhancing Communication and Coordination

Safety Check is a feature of the social network Facebook that is meant to help Facebook users quickly alert friends and family that they are safe during times of crisis, like floods, earthquakes or tsunamis.

Safety Check works by sending users a push notification asking them if they are safe whenever a natural disaster strikes the area they list as their current location. Users can then see a list of their Facebook friends in the area, and see which users have checked in as safe and which have not.

The feature proved useful in the 2015 earthquake that struck Nepal. Within a few hours of the earthquake hitting, Facebook had activated Safety Check in the region. It identified users as possibly being in the affected area by their current city as listed on their profile, as well as the place from which they had most recently accessed Facebook.

The desktop version of Safety Check also provided a brief synopsis of the event and emergency contact numbers. During the activation more than 7 million people in the affected area were marked safe, which generated notifications to over 150 million friends on the platform, Facebook announced.