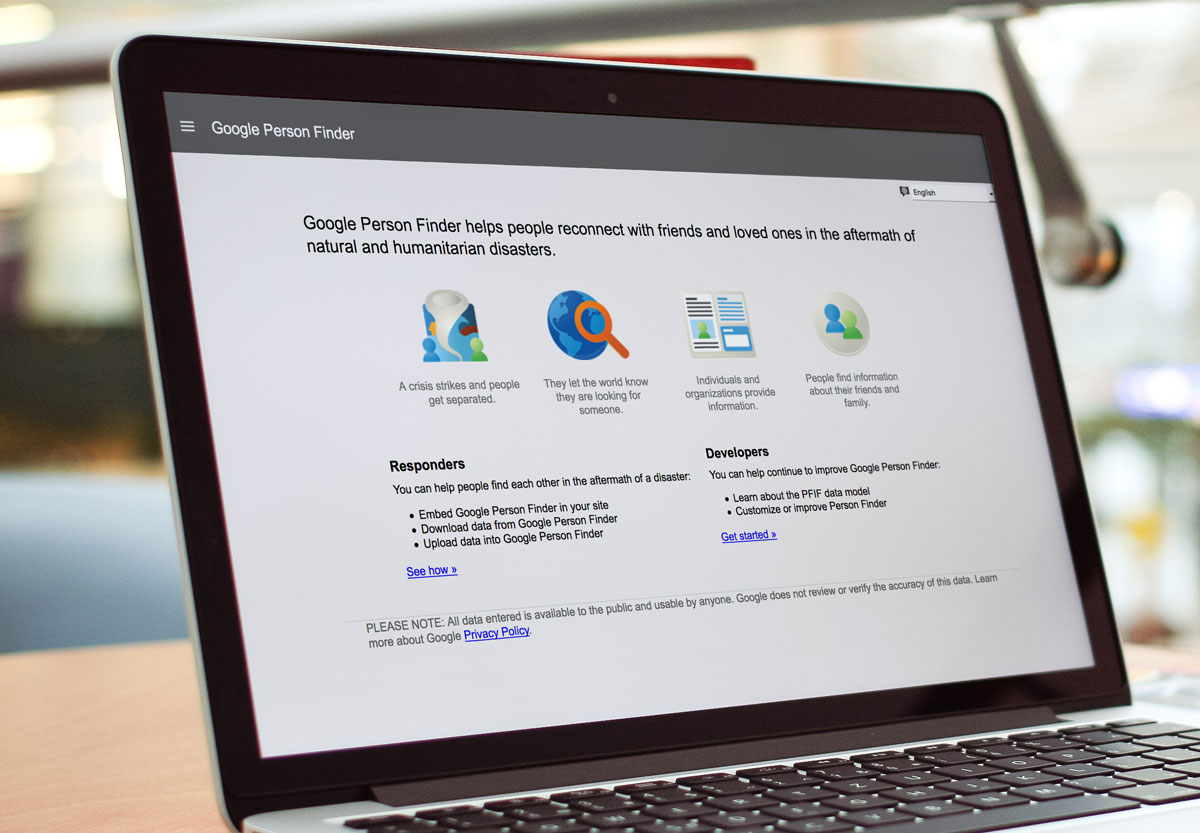 This Tool utilizes ICT for society's resilience and is associated with the keywords: Enhancing Communication and Coordination

Google Person Finder is a web application that allows individuals to post and search for the status of relatives or friends affected by a disaster.

The program also lets press agencies, non-governmental agencies and others contribute to the database and receive updates by using the Person Finder application programming interface (API). In addition, websites can choose to embed Google Person Finder as a gadget on their own pages.

Users can get access to the website through smartphones or computers and seek information on loved ones’ whereabouts. Along with Google Earth, this program has contributed to several missing persons being found during and in the aftermath of several disasters, such as the Japan Earthquake in 2011.